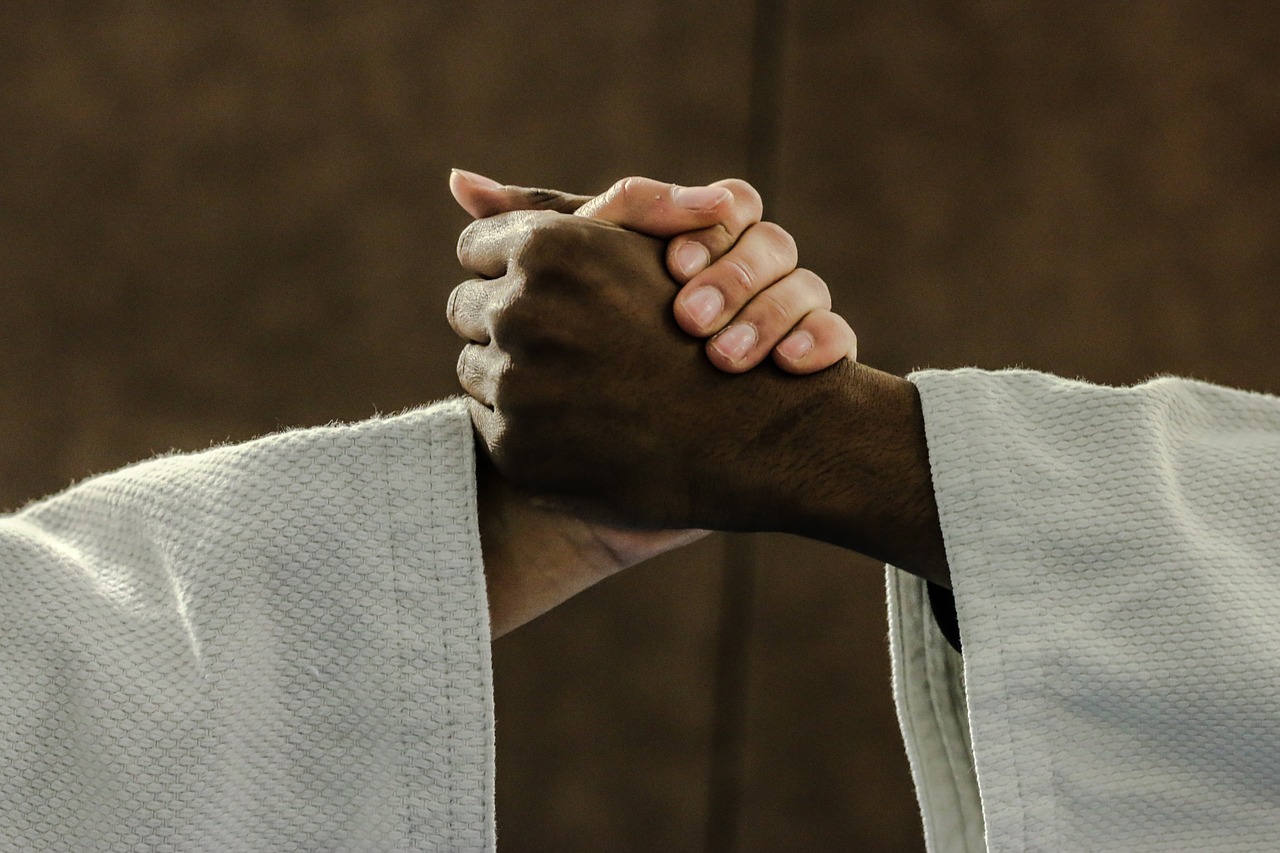 Judo is a discipline deeply rooted in Japanese culture, yet its creation is rather recent. It was in 1882 that the first judo school was founded by Jigorō Kanō. According to legend, Jigorō was a young student when he imagined this new martial art. He noticed that in winter the branches of the cherry trees broke under the weight of the snow, while the reeds bend to let the snow fall before they rose again.

The flexibility of the reed allowed the latter to lay much heavier snow on the ground. It’s unclear whether the legend is real or fictionalized, as is very often the case in Japan, but it is known that Jigorō Kanō not only observed snow to create judo.

Here is the definition given by its creator of judo: “Judo is the way of the most effective use of the strength of the body and the strength of the mind. Judo training strengthens and cultivates body and mind through attack and defense exercises; it is also to acquire the quintessence of this path. And from that, the ultimate goal of judo training is to realize yourself and contribute to the world ”.

More than just a sport, it is therefore a philosophy of life that Jigorō promises us. It was imagined from Jiu-jitsu, which is an ancestral discipline in Japan, but which for Jigorō does not necessarily train the mind.

We translate the word judo by “way of flexibility”. “Jū” means adaptation and “dō” flexibility. It is a martial art that allows projections, immobilizations on the ground, strangulations or keys. Judo is practiced in a dojo and we wear a judogi, which is more commonly known as a kimono in the West. Learning and fighting take place barefoot, on fall-absorbing mats, tatami mats.

It was in October 1860, in Mikage, a district of the city of Kobe, that Jigorō Kanō was born. His father is a renowned sake brewer in the region. At 9, her mother Sadako died of an illness, and the whole family moved to Tokyo.

Jigorō is very good at school, and he has a keen interest in Western culture. At this time, Japan began to open up to the world, but remained relatively withdrawn from its traditions. He is a gifted person, who very quickly turned to political science and letters. He doesn’t have an impressive physique, but he loves sports. Jiu-jitsu, athletics, then tennis, he practiced several sports, and he even founded the first baseball club in Japan.

His practice of jiu-jitsu is good, and he quickly masters different styles, such as Tenjin Shin’yo Ryu or Koryu Kito Ryu. However, he does not find jiu-jitsu beneficial to society. You just learn to beat an opponent, and that’s not enough for Jigorō Kanō.

When his master dies, Jigorō is still young, but he is chosen to run the dojo. He will however decline the opportunity, believing that he still has to learn. He then went to another school, to his very first jiu-jitsu master. Very quickly, he realizes that the teaching methods are very different from one school to another.

This is where he said to himself that we should imagine a martial art, without too specific principles, which could apply to everyone, and which would allow the body to evolve, but also the mind. He will then take the best aspects of the schools he attended and many other dojos. After years of studying several learning methods, he opened Kōdōkan, the first judo school! Jigorō was only 22 at the time, but all the principles of current judo are already there.

Projection techniques already exist in jiu-jitsu, but Jigorō Kanō will modernize them and he will especially imagine new ones. He invented in particular the principles of Kusushi, Tsukuri, Kake (imbalance, preparation of the movement, placement), which should make it possible to make a technique more efficient.

Most movements in modern judo are created between 1884 and 1889. Most new techniques use the strength of the opponent. We do not try to resist an opponent’s attacks, but we give in to his strength, or his weight, to use this strength to our advantage, like the reed does to get rid of snow …

The katas specific to judo are invented in the same period, but they are modified to be improved until 1906. All the katas of judo are standardized, so that the practice of judo is adapted to everyone, on the whole of the countries, and beyond. Jigorō Kanō also decides to keep the Koshiki-no-kata, as it was transmitted in the school of jiu-jitsu Kito. He explains that it is to remember where judo comes from, and that it is a collaboration between different schools.

Jigorō Kanō then establishes the ranks, with 6 kyu and 10 Dan. This type of grade already existed in a few jiu-jitsu schools, but it has been democratized by judo, and it is found today in many disciplines.

A discipline that seduces

In 30 years, the Kodokan had to move 7 times to expand. There were 9 students at the start in 1882, then more than 600 8 years later, to reach more than 10,000 students by 1940. The success is enormous and the students of Jigorō Kanō are allowed to open dojos all over Japan .

More and more universities are also deciding to set up judo lessons, then high schools come, and very quickly primary schools are also doing it. Jigorō Kanō then created the cultural association of the Kodokan, to always develop a little more the spirit of the practitioners, or even of those who did not do judo. The goal was really to dispense as much as possible the precepts of mutual aid and prosperity advocated by judo.

The Kodokan then became a real institution in Japan. Beyond Japan, judo is also being discovered, and Jigorō Kanō notably comes several times to Europe and the USA, in order to introduce this discipline to as many people as possible.

If at the death of Jigorō Kanō in 1938, judo had only about 10,000 members, it was going to be democratized on most continents. Today, there are more than 15 million practitioners on all continents, and about 600,000 in France.

We use cookies to ensure that we give you the best experience on our website. If you continue to use this site we will assume that you are happy with it.Ok